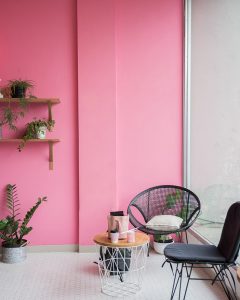 We’ve come up with this list of five top places to rent an apartment in Malta not just for their accessibility and central position on the island, but also because they provide for all your needs. You can walk to work rather than take a car and waste time in traffic, explore a range of eateries from casual take-away joints to high-end restaurants, shop in the multitude of supermarkets and shopping centres, party in the hippest nightlife district, and relax on the coast that’s dotted with bars and lidos. These towns are also serviced by major bus routes. It’s no wonder that all five areas are extremely popular with locals and expats alike.

The great thing is that you can find various types of rentals in all five towns to suit all budgets, ranging from studio apartments to three-bedroomed ones. More great news: Most rental flats come modernly refurbished and fully equipped, ready to move into.

This coastal town is one of contrasts with some of Malta’s most modern and fancy apartments to cosy, characteristic townhouses, with the former type being more abundant. Tigne Point and Fort Cambridge are two relatively recent, immense developments that comprise such upscale apartments. The entire peninsula on which these were built previously hosted an army barracks. You can still see some architectural features of the barracks at The Point Shopping Mall, which is currently the island’s largest mall.

Bisazza Street and the surrounding areas are the focal point of the town where you’ll find all sorts of stores featuring trendy brands, and more offices, bars, cafes, and eateries offering international fare that pour down from the centre of town onto the promenade.

Like Sliema, St Julian’s has drawn some of the world’s biggest names in the gaming industry to set up shop there, making it an equally attractive location for renting an apartment. It’s extremely favoured among expats as their offices are within short walking distance to their homes, and they’re also surrounded by a super supply of amenities. You can also walk to neighbouring Sliema and Gzira in no time at all via the internal streets, or take a leisurely walk along the coastal promenade from St Julian’s to Gzira via Sliema.

Even though St Julian’s is pulsing with activity, with is famous Paceville nightclub district and hip bar and restaurant culture, you’ll still find a few quieter residential zones.

Swieqi is immensely popular as a provider of rental opportunities since it’s situated just off Paceville and St Julian’s, so you’re close to all major activity, yet you can still enjoy a quieter urban lifestyle. This locality is spread out into a number of zones, making it feel very roomy. Swieqi is equipped with adequate convenience stores and other facilities including English language schools. 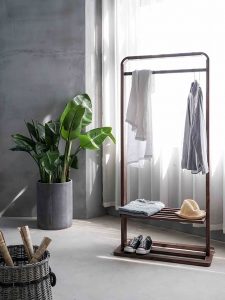 This modern town between Sliema and Msida (next on our Top 5 List) is quickly shaping up to become one of Malta’s sought-after office hubs. Gzira has shops on nearly every street to suit all needs, making it equally enticing for those looking to rent a flat. Gzira residents can enjoy close proximity to the national swimming pool, the University of Malta and its fitness centre plus running track, and stunning views of Marsamxett Harbour with Valletta’s imposing historical skyline right opposite.

Gzira means ‘island’ in Maltese, taking its name from Manoel Island that’s located in the middle of the harbour. You can reach this island via a bridge that connects it to Gzira’s charming seaside promenade.

Located just west of Malta’s capital Valletta and also bordering Gzira, the harbour town of Msida is extremely central since it’s midway between Valletta and Sliema and boasts great road and public transport connections with other parts of Malta. It’s conveniently close to the University of Malta and the national Mater Dei Hospital, and comprises the urban localities of Swatar and Tal-Qroqq. Msida’s large yacht marina, nestled within Marsamxett Harbour, makes for pleasant, romantic strolls, and also hosts a few delectable restaurants.